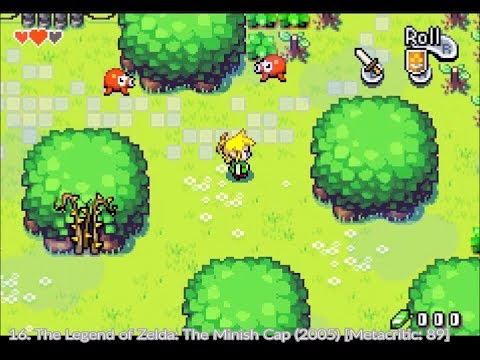 The ranking from this list comes from Metacritic ( I’m aware that this is a somewhat controversial source as many of you abhor Metacritic – but I was unable to find a good user-vote based list. Still, I think the Metacritic list does provide a good view of the library.

And what a library indeed. The GBA has one of the largest libraries around for any game system, and there was a looooot of trash there; however, there was also a significant amount of genuine gems – many of which are showcased here.

Making this video was surprising for me, as I didn’t spend very much time with my GBA at all. Researching this video, I realize I missed out; there are some really impressive titles on this system – for example, the Doom and Duke Nukem ports were really something; and so many titles feature some gorgeous hand-drawn graphics. It really is amazing what some developers managed to cram out of the two button portable!