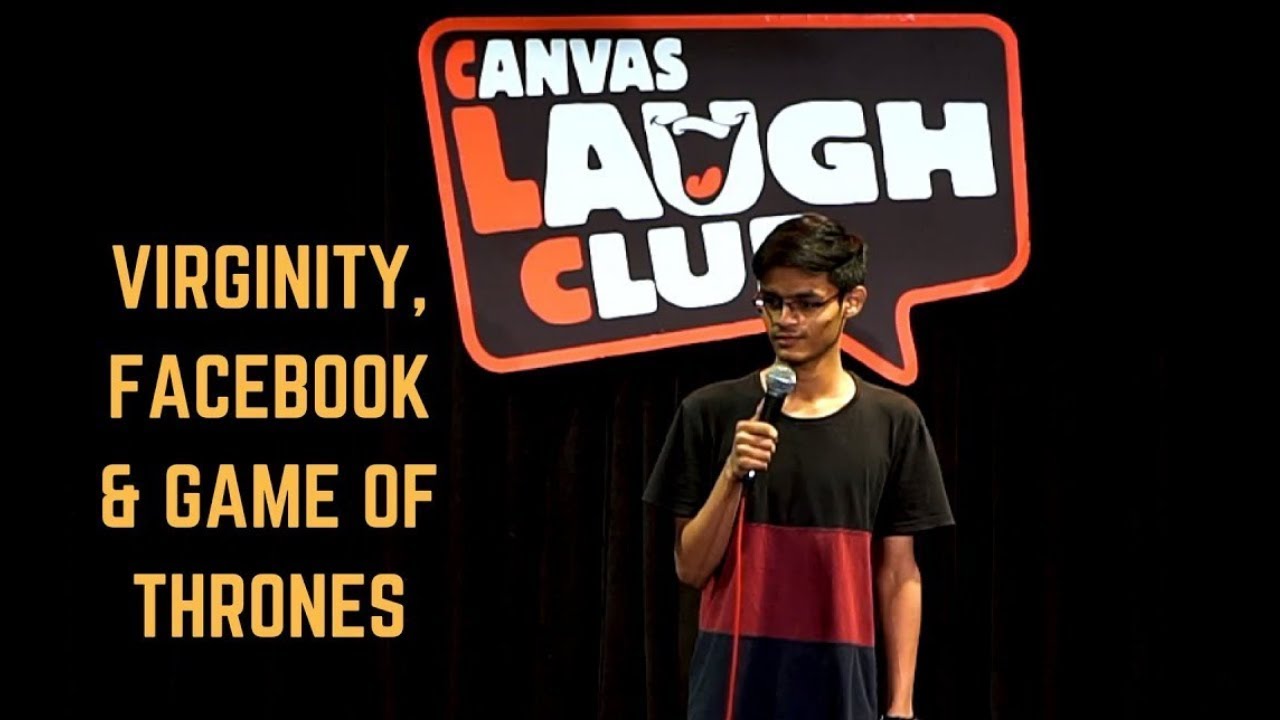 Some Mediocre & Easy Jokes.
For enquiries or bookings: suhelbaz@gmail.com
Shot at Canvas Laugh Club (1st July 2018)
Special Thanks – Christopher Baretto
“You forget a thousands of things everyday pal, make sure this is one of them.”- Michael Townley

Lyrics:
Thanks!
so I’m an engineering student.
Thanks!
I’m an engineering student, and……..
due to eligibility criteria of every engineering college I’m also a virgin.
Uhhhh….
I don’t think its because of engineering.
like I’m still a virgin because why would someone do it with me.
like just look at me.
I look like tom cruise,
and thats not the joke.
I tink I would look like tom cruise,if..
he was doing an impression of harry potter and had malaria and diarrhoea at the same time.
but there are some people out there who say things like
“I’m proud to be a virgin.”
you can’t be proud of something you never did.
some of you got it,some of you are still virgin.
Thanks!
but people say weird things, especially on facebook.
I have a problem with most of the girls on FB.
not the fake ones, real ones.
most of the girls on FB they start their name with angel,cutie pie or princess.
no you’re not a princess, you’re dipti from chunabhatti.
and guys are not any better
they have names like hearthacker,
smarty salim,
I have a friend on FB named lipstick eraser.
don’t confuse it with lipstick sharpener.
that’s his brother.
and there are some organisms on FB,
they just tag everyone for no reason.
everyday.
like everyday I get this notification,
“Rahul just said he was with you.”
no he wasn’t.
then I looked at the photo and it said he was with you and 49 others.
he tags 50 people in every photo.
and there’s only one person in the photo.
and even that’s not Rahul.
recently I saw this post on FB it Said
“Share this post and one wish will come true.”
so I wrote,
“Suck my dick, if yours didn’t come true at least mine will.”
I used to play teen patti a lot.
then I noticed girls were getting good cards.
so I made a fake profile.
then I started winning.
there was just one problem, I started getting weird messages.
a guy sent me a poem.
OK not to me to princess sweety.
He wrote,
“I don’t have words to write so I’m sending you pain. Feel it.”
then to make me feel that pain he sent me a dick pic.
then i saw the dick pic.
and I said “I need to be a better person.”
after seeing that dick pick I stopped gambling and making fake profiles.
another thing I find weird is game of thrones.
recently I watched GOT.
but before watching GOT I had never watched any american TV show before.
so I thought it will be similar to indian TV shows.
spoiler alert: it wasn’t.
this is the problem with the show:
in every episode they are introducing character after character without any suspense.
I’m used to watching these characters from toe to head.
our cliffhangers are showing characters from toe to head.
their cliffhanger is incest.
there’s a guy in every episode shouting
“Winter is coming.”
get a Blanket, Dumbass! you’re scaring me.
so I was watching GOT and I got a call from my friend.
He was excited about something that no one has ever been excited for.
He said “EXAM’S TIMETABLE IS HERE HAVE YOU SEEN IT?”
I was like “Screw that. HODOR IS DEAD!”
He Said “Oh you’re watching GOT. Is there sex in this episode?”
then I got angry.
“HEY!
my favorite character is dead.
and you’re thinking about sex. Have YOU ever had sex dumbass?”
then he got Angry.
“HEY!
don’t say anything about sex….
I’m proud to be a virgin.”
Thanks!